The Carsey School of Public Policy at the University of New Hampshire is nationally recognized for its research, policy education, and civic engagement. The ideas and ambitions of the United Nations Sustainable Development Goals are a touchstone for our faculty and students as we contribute to a more informed, healthy, equitable, peaceful and sustainable university, community, state, nation and planet. The school takes on pressing public issues with unbiased, accessible, and rigorous research; builds the policy and political problem-solving skills of its students; and brings people together for thoughtful dialogue and practical problem-solving. The school is a hub for work that spans its own faculty and staff, and faculty from across UNH and other institutions. The faculty boasts a national reputation and its work appears in leading journals. The school publishes policy-relevant briefs, offers three master's degree programs, and engages with experts, leaders, the media, and the public in the United States, New Hampshire, and around the world. 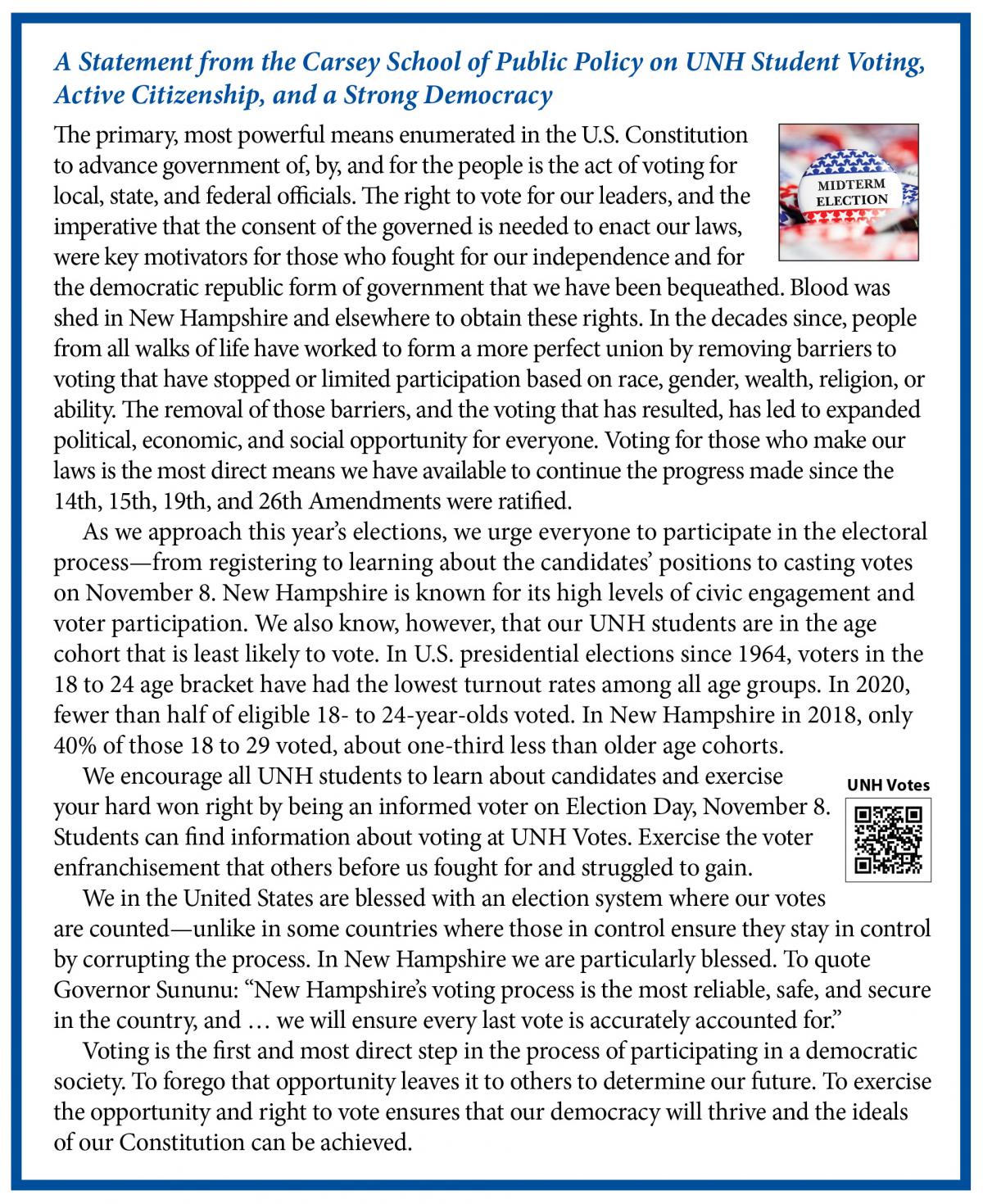 A Statement from the Carsey School of Public Policy on UNH Student Voting, Active Citizenship, and a Strong Democracy

The primary, most powerful means enumerated in the U.S. Constitution to advance government of, by, and for the people is the act of voting for local, state, and federal officials. The right to vote for our leaders, and the imperative that the consent of the governed is needed to enact our laws, were key motivators for those who fought for our independence and for the democratic republic form of government that we have been bequeathed. Blood was shed in New Hampshire and elsewhere to obtain these rights. In the decades since, people from all walks of life have worked to form a more perfect union by removing barriers to voting that have stopped or limited participation based on race, gender, wealth, religion, or ability. The removal of those barriers, and the voting that has resulted, has led to expanded political, economic, and social opportunity for everyone. Voting for those who make our laws is the most direct means we have available to continue the progress made since the 14th, 15th, 19th, and 26th Amendments were ratified.
As we approach this year’s elections, we urge everyone to participate in the electoral process—from registering to learning about the candidates’ positions to casting votes on November 8. New Hampshire is known for its high levels of civic engagement and voter participation. We also know, however, that our UNH students are in the age cohort that is least likely to vote. In U.S. presidential elections since 1964, voters in the 18 to 24 age bracket have had the lowest turnout rates among all age groups. In 2020, fewer than half of eligible 18- to 24-year-olds voted. In New Hampshire in 2018, only 40% of those 18 to 29 voted, about one-third less than older age cohorts.
We encourage all UNH students to learn about candidates and exercise your hard won right by being an informed voter on Election Day, November 8. Students can find information about voting at UNH Votes. Exercise the voter enfranchisement that others before us fought for and struggled to gain.
We in the United States are blessed with an election system where our votes are counted—unlike in some countries where those in control ensure they stay in control by corrupting the process. In New Hampshire we are particularly blessed. To quote Governor Sununu: “New Hampshire’s voting process is the most reliable, safe, and secure in the country, and … we will ensure every last vote is accurately accounted for.”
Voting is the first and most direct step in the process of participating in a democratic society. To forego that opportunity leaves it to others to determine our future. To exercise the opportunity and right to vote ensures that our democracy will thrive and the ideals of our Constitution can be achieved.

Join NH Listens for a 45-minute informative and interactive session aimed at sharing bite-sized tips and resources from our toolbox for community engagement and facilitation. This session How to H ...
February
07 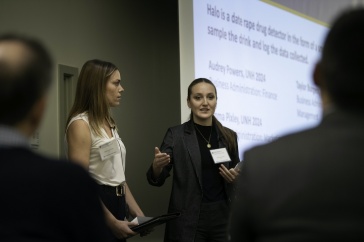 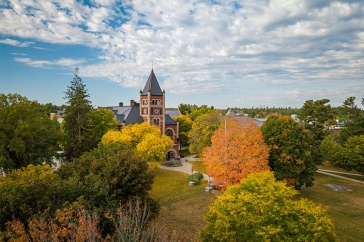 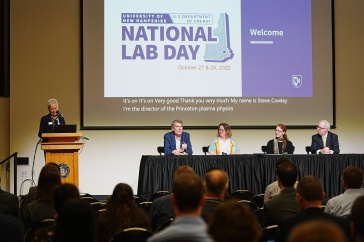