Nearly one in ten New Hampshire teens (9.1 percent) reported being the victim of physical dating violence during the past year.

More than one in ten New Hampshire teens (10.9 percent) reported being the victim of sexual dating violence during the past year.

Being female, a racial/ethnic minority, or a sexual minority significantly increased the risk of sexual and physical dating violence victimization

Teens who reported participating in activities run by community groups (such as YMCA, church groups, sports groups) had higher rates of sexual dating violence compared to teens who did not report participating.

Dating violence, defined as physical abuse (such as hitting) or sexual abuse (such as forcible sexual activity) that happens within the context of a current or former relationship, leads to a host of negative consequences, including poor mental and physical health and academic difficulties.1 Therefore, it is important that researchers examine factors that increase or decrease risk for dating violence, and then use this research to create evidence-based prevention and risk reduction efforts.

Overall Rates of Dating Violence Among Teens in New Hampshire

Being female, a racial/ethnic minority, or a sexual minority (including lesbian, gay, bisexual, or questioning) significantly increased the risk of being the victim of sexual and physical dating violence.

Teens who lived in more impoverished New Hampshire communities reported higher rates of physical dating violence than teens who lived in less-impoverished communities. Although we did not measure variables that may explain these relationships, we can draw on previous research for insight. First, high poverty in a community may increase stress among couples, and stress is tied to intimate partner violence (IPV). Further, high poverty rates may also be associated with distrust in and cynicism toward the justice system, feelings that may decrease the likelihood that victims will seek help for IPV (thus increasing the risk for re-victimization).4 In addition, living in a disadvantaged community may lead to weak ties between community residents, also referred to as low collective efficacy (that is, lack of social cohesion among community members). These weak ties can leave residents more vulnerable to violence within their relationship,5 as other residents are less likely to intervene on behalf of the victim and victims are less likely to seek help from neighbors6 or from more formal supports (such as police or shelters7).

The population density of the towns in which youth went to school was unrelated to both physical and sexual victimization. In other words, teens who lived in rural communities experienced dating violence victimization at rates similar to teens who lived in urban and suburban communities. This finding is consistent with other research which has found that overall rates of dating violence and IPV are similar across rural, urban, and suburban locales, although some types of IPV (for example, intimate partner homicide) are more common in rural compared to urban and suburban locales.8 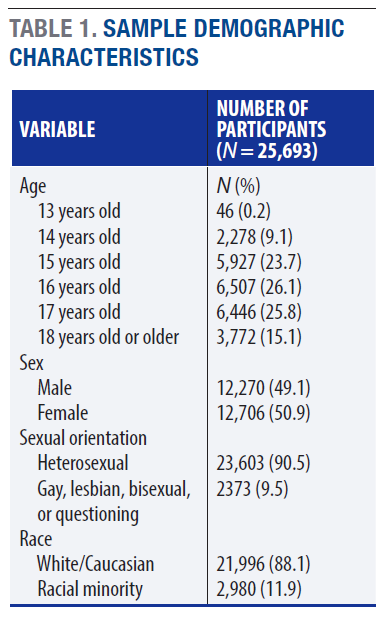 Based on the findings presented in this brief and the broader research on dating violence among teens, we suggest the following:

Initiatives that focus on reducing poverty and improving teens’ experiences of community mattering could be important components of more comprehensive efforts to reduce the incidence and prevalence of dating violence in New Hampshire.

Initiatives that focus on reducing minority stress are a key component to effective dating violence prevention and presumably would reduce other health inequities (for example, poorer physical health status among minorities).

More research and community conversations are needed about how to ensure that all teens in New Hampshire have access to comprehensive violence prevention initiatives in all grade levels that include a focus on diversity and inclusivity, positive youth development (for example, the sense of mattering and purpose), and structural inequities (such as poverty).

This study included 24,976 high school students at least 13 years old who participated in the 2013 New Hampshire Youth Risk Behavior Survey (YRBS), reported dating histories (presented to youth as “dating or going out with”) during the 12 months prior to the survey, and had no missing data on variables used in all analyses (such as demographic variables or dating violence victimization). Although 38,181 high school students participated in the survey, only those who had dated were included in order to provide the most accurate estimates of dating violence (since students who had not dated would not have the opportunity to be exposed to dating violence). Also, teens 12 and younger were removed; a small portion of individuals were over the age of 18. See Table 1 for participant demographic characteristics. The YRBS is part of a multi-decade Centers for Disease Control and Prevention (CDC) project that monitors health risk behaviors (for more information, see http://education.nh.gov/instruction/school_health/hiv_data.htm). The data presented herein are derived from 71 New Hampshire public high schools (out of 83 in the state) that volunteered to administer the YRBS survey to all students in the school during the spring of 2013. Of the 71 schools participating, the YRBS response rate was 81 percent. Parental consent was obtained through local parental permission procedures. Students completed the self-administered questionnaire during one class period. The CDC’s Institutional Review Board approved all study procedures.

2. C.M. Dardis et al., “An Examination of the Factors Related to Dating Violence Perpetration Among Young Men and Women and Associated Theoretical Explanations: A Review of the Literature,” Trauma, Violence, & Abuse 16 (2014): 136–52; K.J. Vagi et al., “Beyond Correlates: A Review of Risk and Protective Factors for Adolescent Dating Violence Perpetration,” Journal of Youth and Adolescence 42, no. 4 (2013): 633–49.

The authors would like to thank Jeffrey Metzger and the New Hampshire Department of Education for providing them with the New Hampshire YRBS data. The authors would also like to thank Kara Anne Rodenhizer for her assistance with collection of community-level data and Dr. Hong Chang for his assistance with analyses. Thanks to Michael Ettlinger, Michele Dillon, Curt Grimm, Amy Sterndale, Laurel Lloyd, and Bianca Nicolosi at the Carsey School of Public Policy and Patrick Watson for editorial contributions.