New Hampshire May Be the Granite State, But Its Voting Population Is Always in Flux | Carsey School of Public Policy | UNH
Skip to main content

New Hampshire May Be the Granite State, But Its Voting Population Is Always in Flux

Nearly 28 percent of potential voters in the upcoming election were either not old enough to vote or resided somewhere other than New Hampshire in 2016.

These new voters could have a significant impact on the U.S. Senate contest given that incumbent Senator Hassen won by only 1,017 votes in 2016.

Once again, New Hampshire’s U.S. Senate contest is one of a handful that will determine control of Congress. The electorate that will choose between Democratic incumbent Maggie Hassan and Republican challenger Don Bolduc is quite different than the one Hassan faced just six years ago, when she won by only 1,017 votes. Nearly 28 percent of potential Granite State voters on November 8th were either too young to vote or did not live in New Hampshire in 2016. This figure underscores the rapid, substantial turnover among New Hampshire voters, an important point often overlooked by pundits and prognosticators. In fact, New Hampshire’s population is among the most mobile in the nation: two-thirds of residents aged 25 and older were not born in the state. Nineteen percent of today’s potential voters resided somewhere other than New Hampshire in 2016; in addition, just over 8 percent were not old enough to vote six years ago (Figure 1). Such migration, coupled with natural population change, as young voters come of age and older generations of voters pass from the scene, has altered the voting population considerably. The young potential voters tend to be more liberal than the 72 percent of potential voters who were already established here in 2016 (Figure 2). However, most of the voters new to New Hampshire are recent migrants to the state, who tend to be less liberal than young voters and more like the state’s established voters. Given the narrow margins common in many recent New Hampshire elections, these new voters could have a significant impact on the 2022 election results. 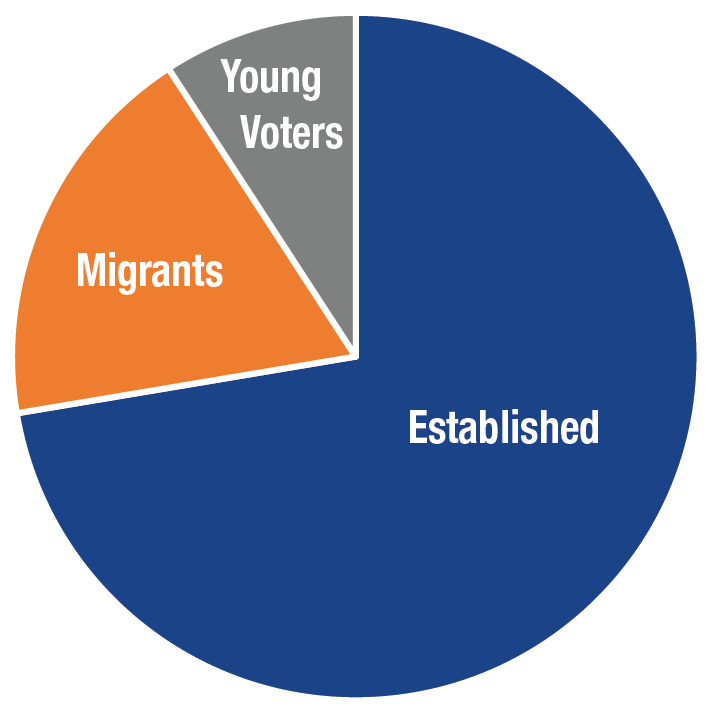 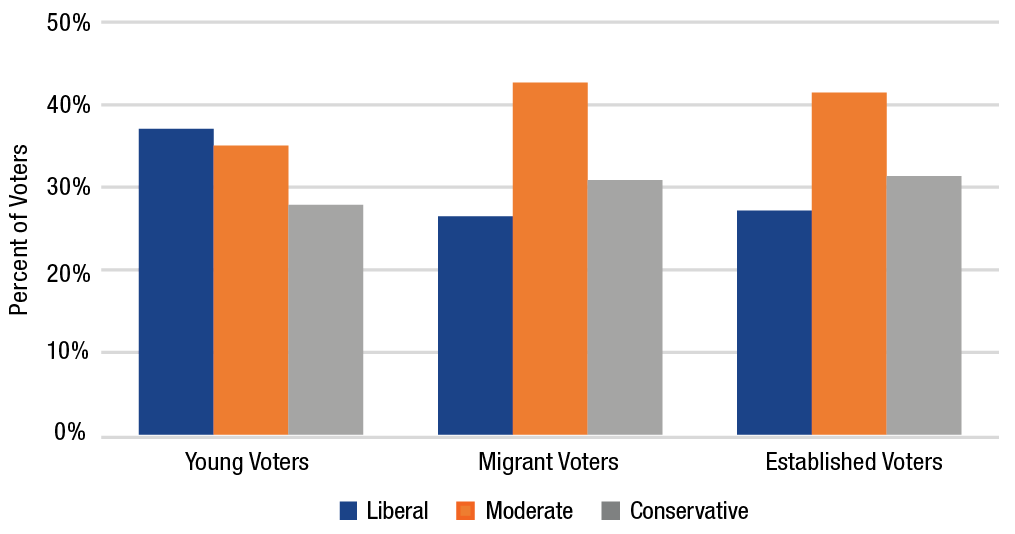 New Census Data Reveal Modest Population Growth in New Hampshire Over the Past Decade
Migration Gains to New Hampshire From Other U.S. States Are Growing, With the Largest Gains Among Young Adults