The American Rescue Plan’s revisions to the 2021 EITC tripled the share of childless adults who can claim a credit, from 3.6 to 11.3 percent.

The provision that expanded EITC eligibility most among childless filers was lowering the minimum age from 25 to 19; 46 percent of newly eligible filers were previously ineligible because they were too young.

While the ARP boosts eligibility unevenly across groups, this isn’t necessarily mirrored in the makeup of all newly eligible childless EITC filers. For instance, even after the ARP boosted eligibility by 11.4 percentage points among those identifying as another race or multiracial, this group is still just 3 percent of newly eligible filers. By comparison, even though eligibility only increased modestly (7.6 percentage points) among non-Hispanic white filers, 66 percent of newly eligible filers are non-Hispanic white, given population composition.

Figure 1. Percent of Each Group’s Childless Filers Newly Eligible and Reason for Ineligibility Prior to American Rescue Plan 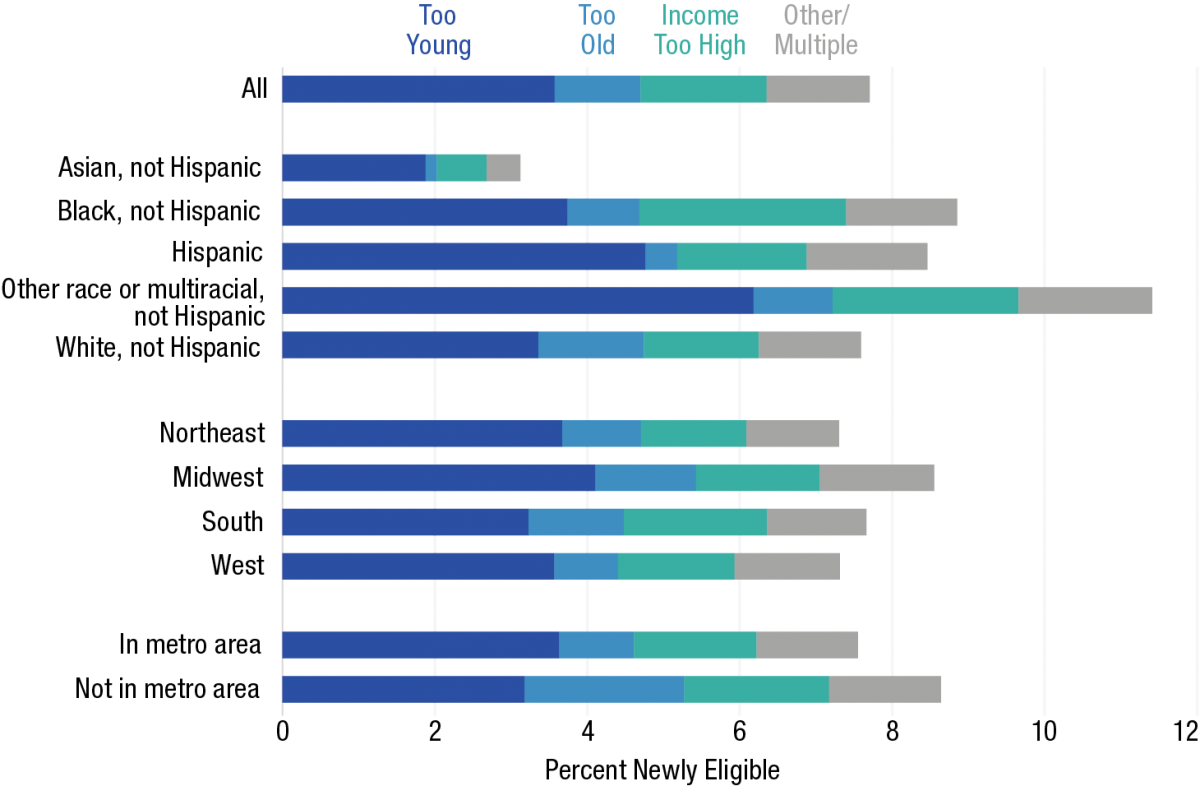 Note: All estimates among childless adults eligible to receive a credit under 2021 EITC rules. Estimates are weighted. “Other/multiple” includes a small share of filers with investment income above allowable cutoff under prior rule or those with multiple reasons for prior ineligibility (e.g., too young and income too high). Source: Carsey School of Public Policy Analysis of 2015–2019 CPS ASEC via IPUMS. 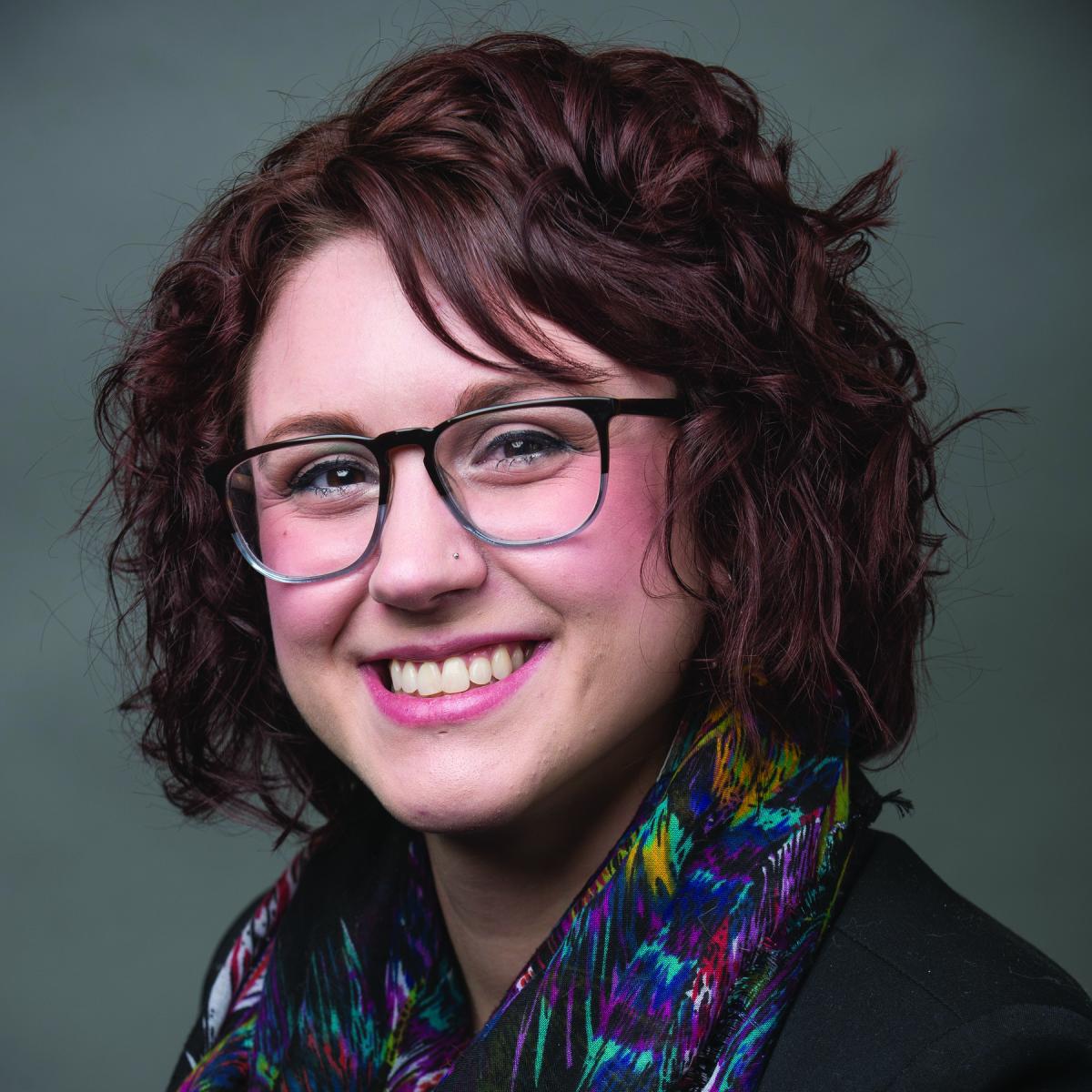 Although dropping the minimum qualifying age matters for Black childless filers, the ARP’s provision raising the maximum income before the credit is phased completely out is also especially important. Nearly one-third of newly eligible Black childless filers were previously ineligible due to modest incomes just above the prior maximum income for EITC receipt (around $16,000 for single filers and $22,000 for joint filers, increased by about $5,000 for both filing types in the ARP).

The EITC provisions laid out in the American Rescue Plan only apply to tax year 2021, and it is not yet clear whether these adjustments will eventually become permanent. While childless workers have become more widely eligible for the EITC, there is considerable variation in what drives that eligibility within and across groups. If the 2021 provisions are to be rescinded for 2022, either in part or in whole, policymakers should consider how specific elements of the expansion correlate with eligibility increases among different populations, including those most impacted by the post-pandemic economy.

This brief uses data from five years (2015–2019) of the Current Population Survey’s Annual Social and Economic Supplement (CPS ASEC), accessed via IPUMS.2 Although data from the 2020 ASEC are also available, challenges with data collection during the pandemic resulted in lower-than-usual survey response rates;  to preserve data integrity and consistency, this brief utilizes earlier data.3 All data from prior years are inflation-adjusted to reflect 2020 dollars.

Due to the sample design of the CPS, some households appear more than once in the five-year sample. To retain independence between cases in the pooled sample, this brief only includes households at their first appearance.

These data do not include a measure indicating presence of a tax dependent, so eligibility for the childless EITC is approximated here. A “child” for these purposes includes a person under age 18 or a person under age 24 who is a full-time student. Filers are assumed to be childless if they live with no such child or if they live with a child but report having no children of their own in the household. Families in which a grandparent reports living with their grandchild, and that child’s parent is not also present, are not considered childless. Eligibility is also approximated in part because these data do not indicate whether a filer has a Social Security number, which is required for EITC receipt.

The estimates presented here indicate eligibility among filers under the ARP but do not attempt to estimate actual participation in the EITC, including how the new legislation might change the behavior of non-filers. All estimates in this brief are calculated using a person-level survey weight, as a tax-filing-unit weight was not available.

Proposed EITC Expansion Would Increase Eligibility and Dollars for Rural and Urban “Childless” Workers
The Poverty-Reducing Effects of the EITC and Other Safety Nets for Young Adult Parents
Data Snapshot: EITC Continues to Reach Families in Poor Places