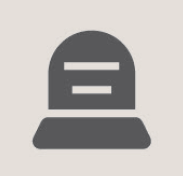 From 2006 to 2015, counties with the highest levels of economic distress experienced an average of 7.9 more drug-related deaths per 100,000 persons than counties with the lowest levels. This difference is the equivalent of nearly 40,000 excess deaths in the most economically distressed counties over the 10-year period. 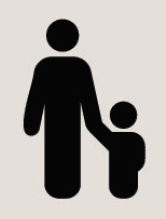 Counties with the highest levels of family dissolution (divorce/separation and single-parent families) had an average of 8.1 more drug-related deaths per 100,000 persons than counties with the lowest levels. 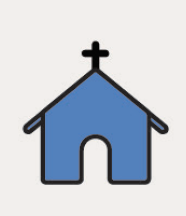 The U.S. drug overdose problem has reached epidemic levels, prompting President Trump to declare a public health emergency. Since 2000, 786,781 people in the United States have died from drug overdoses and other drug-related causes, with nearly 40 percent of those deaths occurring in the last three years alone.

The news media regularly portrays the drug overdose epidemic as a national crisis, but some places have much higher drug mortality rates than others. On average, rates are higher in counties with higher levels of economic distress and family dissolution, and they are lower in counties with a larger per capita presence of religious establishments. These findings hold even when controlling for demographic differences, urban or rural status, and health care supply.

The Geography of Drug Mortality

Of the 786,781 deaths from drug overdoses and other drug-related causes in the United States since 2000, opioids were involved in the largest proportion, but benzodiazepine and cocaine deaths have also increased in recent years.1 The economic, social, and emotional tolls of the drug epidemic are substantial, but some parts of the country are shouldering heavier burdens than others (Figure 1). For example, although the national drug-related mortality rate was 24.4 per 100,000 persons in 2016, it ranged from a low of 9.9 in Nebraska to a high of 60.3 in West Virginia. Rates in some counties in Indiana, Kentucky, New Mexico, and West Virginia ran well above 100.

The Role of Economic and Social Conditions in Drug Mortality

Economic distress is an important factor contributing to geographic differences in drug mortality rates. From 2006 to 2015, the average county drug mortality rate was 16.6 per 100,000 persons, but it was 12.3 in counties with the least economic distress (the lowest 25th percentile) and 20.2 in counties with the most (the highest 25th percentile). This difference of 7.9 deaths per 100,000 population is the equivalent of nearly 40,000 excess deaths over this 10-year period (Figure 2).2 The economic distress penalty remained even when controlling for a wide array of demographic and health care factors, including racial/ethnic and age composition, percent military veterans, metropolitan status, and designation as a primary-health or mental-health-professional shortage area. 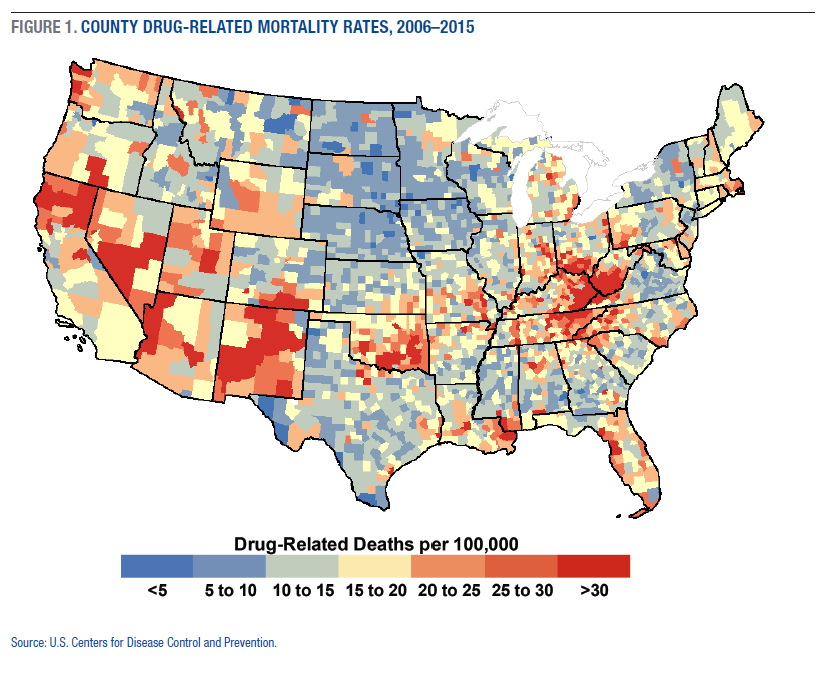 This brief does not attempt to explain why these specific economic and social conditions are related to drug mortality, but there are several possibilities. Economic insecurity contributes to family conflict and breakdown, hopelessness, and social disorganization, undermining important personal and institutional supports against depression and substance misuse.3 In mining communities in particular, significant industry declines have displaced workers and adversely impacted secondary service industries. Moreover, physically demanding and injury-prone jobs like mining place workers at risk for disability and chronic pain, increasing the likelihood of opioid use. The proliferation of illicit high-volume opioid clinics (that is, pill mills) and aggressive prescription opioid marketing throughout the 1990s and 2000s likely contributed to higher rates of drug deaths in these same places.4 However, the U.S. opioid problem has quickly transitioned from prescription opioids to heroin to fentanyl. Accordingly, policy efforts must consider both supply- and demand-side factors. The evidence from this analysis suggests that addressing economic and social conditions will be key to reversing the rising tide of drug deaths.

The drug epidemic is a pressing concern among policy makers. However, failure to consider the substantial geographic variation in drug-related mortality rates may lead to failure to target the hardest-hit areas. Social and economic environments are important targets for prevention because they affect stress, optimism and hope, health care investment, residents’ knowledge about and access to services, self-efficacy, social support, and opportunities for social interaction. Regarding the role of religious establishments and affiliations, opportunities for fellowship and civic engagement through religious and other organizations may facilitate social interaction, trust, and social cohesion and increase residents’ sense of belonging. Therefore, religious and other civic organizations may play an important role in marshaling social capital to fight the drug epidemic. 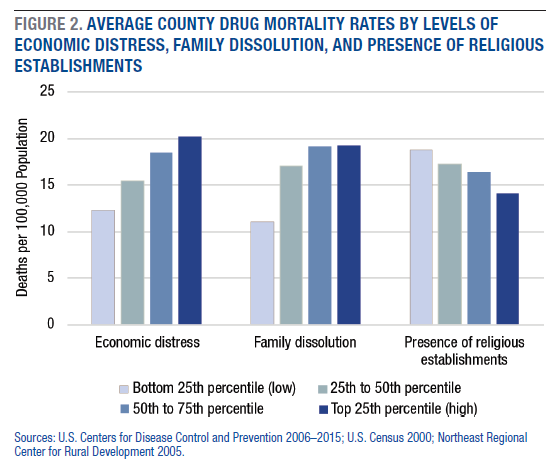 County-level mortality data are from the U.S. Centers for Disease Control and Prevention (CDC) Multiple Cause of Death files, pooled for 2006–2015. Pooling years is necessary due to CDC suppression criteria, which mask death counts for counties with fewer than ten deaths. County demographic and economic data are from the 2000 U.S. Decennial Census and the 2010–2014 American Community Survey. Data on the presence of religious establishments are from the Northeast Center for Rural Development.5 Analyses were restricted to the forty-eight contiguous states and excluded Broomfield County, CO and Bedford City, VA, due to county boundary changes since 2000, and Loving County, TX, due to very small population size, resulting in a total of 3,106 counties.

The author thanks Michael Ettlinger, Michele Dillon, Ken Johnson, Beth Mattingly, and Curt Grimm for helpful suggestions on earlier drafts. The author acknowledges funding from the U.S. Department of Agriculture Economic Research Service and the Institute for New Economic Thinking, as well as support from the W-4001 Committee, which is funded by the Western Association of Agricultural Experiment Station Directors (WAAESD). The views expressed in this brief represent those of the author and should not be attributed to these funding agencies.