More Than 95 Percent of U.S. Children Had Health Insurance in 2015 | Carsey School of Public Policy | UNH
Skip to main content

More Than 95 Percent of U.S. Children Had Health Insurance in 2015

Over 95 percent of all U.S. children under age 18 were covered by some form of health insurance in 2015—the highest share since the American Community Survey began measuring insurance rates in 2008.

Rates of coverage increased between 2014 and 2015 in all four U.S. regions, but the greatest growth occurred in the South and West. 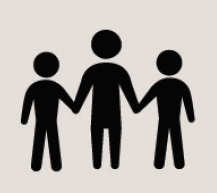 Growth in public insurance—Medicaid and the Children’s Health Insurance Program— remained a major driver of increases in children’s coverage: over 375,000 more children were covered in 2015 than in the previous year (a one percentage point increase).

For the second consecutive year, rates of private health insurance coverage increased among children: in 2015, approximately 150,000 more children were covered by private insurance than in the previous year (a 0.4 percentage point increase).

Enrolling all children in health insurance is a primary goal of health care advocates. Children who have health insurance have better access to health care and, as a result, experience gains in a variety of well-being measures, including health and school attainment.1 Most children are covered by private insurance,2 but public insurance available through the Children’s Health Insurance Program (CHIP), Medicaid, and the Affordable Care Act (ACA) has significantly contributed to gains in insurance rates among children.3

Providing access to health care for children living in poverty was central to Medicaid during the “The Great Society” project of the 1960s. CHIP was adopted in 1997, which aimed to enroll low-income children whose parents’ income was too high to qualify for Medicaid, but too low to afford private coverage. Despite some debate regarding the income level at which children ought to qualify for public coverage, legislation to insure children has received bipartisan support.4

Policy and advocacy efforts to insure children have been effective: a higher share of children were enrolled in health insurance in 2015—95.2 percent—than at any time since these data started being collected in 20085 (see Table 1).

Rates of coverage also grew across all place types (cities, suburbs, and rural places) between 2014 and 2015 except in Midwestern cities, where the measured gain was not statistically significant. The most substantial gains occurred in Western and Southern suburban and rural places.

Just under 30 percent of all U.S. children live in California, Texas, and Florida, and so fluctuations in these states can substantially influence rates within their regions and even nationally. California and Florida experienced gains in coverage of over 2 percentage points, and Texas by 1.6 percentage points.

Though the trend in children’s coverage was up overall, growth in public and private coverage varied.

Rates of private insurance among children decreased every year between 2008 and 2013, but rose in 2014, and again in 2015. In the wake of the job loss associated with the Great Recession, public insurance covered many children whose parents became unemployed and uninsured. Even though the Great Recession officially ended in 2009 and many people are back at work, the landscape of employer-based insurance has changed: fewer jobs offer insurance as a benefit of employment.6 Despite the erosion of employer-sponsored insurance, however, rates of private coverage for children modestly increased between 2014 and 2015 for the second consecutive year (0.4 percentage point). These gains were driven by changes in the Midwest and South; no significant changes occurred in the Northeast or the West.

Private to Public Transitions in Coverage

During the same period that private rates were declining (2008 to 2013), rates of public coverage rose, driving overall growth in coverage nationally. The renewal and expansion of CHIP in 2009 allowed children who likely never had coverage previously to become insured.7 Further, thirty-one states and Washington DC8 expanded Medicaid under ACA, a move that extended coverage to children whose parents experienced job loss during and after the Great Recession.

Increases in rates of public coverage in 2015 underscore the importance of Medicaid and CHIP when it comes to enrolling children in insurance. Public rates of coverage grew by one percentage point nationally between 2014 and 2015—the second largest single-year increase since 2008. As a result, more than 375,000 children were added to insurance rolls. All regions except for the Midwest (where the measured increase was not statistically significant) witnessed gains in public rates of coverage between 2014 and 2015, although these gains were the most dramatic in the West (2.1 percentage points). Further, rates of public coverage grew in all place types (rural, suburban, and cities); rural places experienced the largest one-year increase (1.3 percentage points).

Employer-sponsored health insurance coverage for dependents, non-group private insurance purchased via state and federal health insurance exchanges, Medicaid, and CHIP have all worked synergistically to cover an increasing share of children, even amid economic recession and recovery. And while a proportion of children in the United States remained uninsured in 2015, the effort to insure children has largely been a successful one.

The largest attempt to repeal and replace the Affordable Care Act failed in Congress in March 2017, but congressional Republicans have vowed to take up health care reform again.9 In this event, it is important that any proposals be scrutinized for the impact they will have on children’s health insurance. For example, many parents became covered through state or federal marketplaces put in place under ACA. Consequently, parents may have chosen to insure their children using marketplaces, in part because of the subsidies available to low-income participants but also because of the ease of access to insurance that exchanges provide. Yet insurers are leaving marketplaces in states where exchanges are not profitable. According to one report, 21 percent of insurance exchange participants will have only one insurer to choose from in 2017.10 These markets remain unchecked, which could result in large premium increases for consumers. In order for exchanges to remain robust in these markets, Congress will need to act to ensure that they can be profitable, and are accountable to consumers.

Reforming Medicaid may also have substantial impacts on rates of coverage among children. If federal funding were transitioned to a block grant, the direct cost to the federal government would be significantly reduced, but the burden would be shifted to the states, many of which would not be able to shoulder it. Consequently, states would look for ways to reduce the cost of insuring poor and low-income families by tightening enrollment eligibility. Children account for a large share of the publicly insured and would certainly see reductions in rates of coverage as health care became unaffordable for their parents in the private market.11

Preserving CHIP, which must be reauthorized in September 2017, is critical to insuring the nearly 8.4 million children12  who are currently on its rosters. Forty percent of U.S. children—over 29.5 million—rely on government-subsidized insurance to access health care. Furthermore, as the effects of the Great Recession demonstrate, public insurance is key to preserving high rates of coverage amid economic turmoil: rates of public insurance increased by 11.8 percentage points since 2008 (see Table 2 on pages 6 and 7). When considering health care legislation, lawmakers may want to look at the potential impact of reduced coverage on children’s health and well-being and the ensuing economic and social costs.13

This analysis is based on U.S. Census Bureau estimates from the American Community Survey for years 2008–2015. Tables were produced by aggregating information from detailed tables available at the Census Bureau’s American FactFinder (http://factfinder2.census.gov). Because estimates are based on survey data, caution must be used when comparing data from different years or place types, because the margin of error may indicate that seemingly disparate numbers fall within sampling error (see the Census Bureau’s published tables for detailed margins of error, available at http://www.census.gov/acs/www/Downloads/handbooks/ACSResearch.pdf). All differences highlighted in this brief are statistically significant (p < 0.05).

Definitions of rural and urban vary among researchers and the sources of data they use. Data for this brief are derived from the American Community Survey, which identifies each household as being within one of several geographic components. In this publication, “city” designates households in the principal city of a given metropolitan statistical area, and “suburban” includes those in metropolitan areas but not within the principal city of that area. “Rural” consists of the households that are not within
a metropolitan area.

1. For a recent list of references on the effects of children’s health insurance coverage, see Sarah R. Cohodes et al., “The Effect of Child Health Insurance Access on Schooling,” Journal of Human Resources 51, no. 3 (August 2016): 727–59.

2. Private health insurance has typically been sponsored by employers for their employees and their dependents. However, the ACA ushered in a new group of private insurance holders who purchased coverage outside of an employer-sponsored group.

3. Medicaid, reformed by ACA, and CHIP work together to cover children living in poverty and children in low-income families. Medicaid covers children who live at or below 138 percent of the federal poverty line (FPL); CHIP covers low-income children generally, but eligibility varies greatly by state. For example, North Dakota, the state with the narrowest eligibility margins, covers children between 139 and 170 FPL, whereas, New York, which has the widest eligibility margins, covers children between 139 and 400 FPL. ACA also included other provisions, such as Medicaid expansion for adults and the individual mandate, that also likely played a role in bolstering rates of insurance among children.

4. Lawmakers in Congress attempted to reauthorize and expand CHIP in 2007. After two different pieces of legislation were vetoed by President George W. Bush, who claimed that the CHIP expansions were attempts to further federalize health care, CHIP funding was extended to 2009 with no changes in eligibility guidelines. CHIP reauthorization, including an expansion of the program, was among the first major pieces of legislation signed into law by President Obama in 2009 (see Children’s Health Insurance Reauthorization Act 2009).

7. The Children’s Health Insurance Reauthorization Act of 2009 (CHIPRA 2009) expanded coverage by providing additional funding to states and by expanding outreach to families who were eligible for Medicaid and CHIP but not enrolled. For more details, see the CHIPRA page at https://www.medicaid.gov/chip/chipra/chipra.html and H.R. 2, Medicare Access and CHIP Reauthorization Act of 2015, 114th Congress, https://www.congress.gov/bill/114th-congress/house-bill/2.

The author is grateful to Jessica A. Carson for data analysis and to Sarah Leonard for her assistance, and to Ruth Friedman for her policy framing. Marybeth Mattingly, Michele Dillon, Amy Sterndale, and Michael Ettlinger provided valuable feedback—thank you. And thanks to Patrick Watson for editorial comments, Laurel Lloyd for designing and formatting the layout of this publication, and to Bianca Nicolosi for her aid in adapting the information for electronic formats.